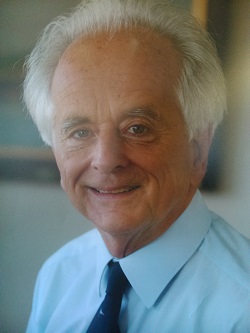 The cruise industry needs ships on a human scale

The idea for a different kind of travel between the mainland and the islands began in 1953 with Mr. Phokas who was then the General Secretary, Mr. Papachelas who was the Director of the Greek National Tourism Organisation and Epirotiki Lines. When the Greek National Tourism Organisation began the cruises with Epirotiki no one could have foreseen the tremendous growth of the sector that ensued. This path was then followed by many costal cruise companies.

Today it is necessary to design ships that are friendly to the environment and to humans with low emissions that do not endanger the natural world of the sea and the sky which is at risk. I am not in favour of taxation but when a tourist visits a place the mindset should be to encourage him/her to reinforce the national economy and not to merely spend onboard. The problem is that the last one hundred years has seen many changes in prime ministers and ministers. Each and every one of them had good intentions but looked only at their present and not at the future which needs imagination combined with knowledge. I do not think that companies and governments around the world have comprehended the severity of the pandemic and its consequences. The first warnings that came in December 2019 did were not taken seriously enough.

There follows the interview with Andreas Potamianos Honorary Chairman of the Greek Passenger Shipping Association and President of Epirotiki.

NAPHS: Having a 50-year experience in the cruise industry we would like you to assess the insustry and how it has evolved and changed over the past decades.

A.P.: One might say that the concept of cruising developed in the 20th century. It is still uncertain whether the concept of cruising is still evolving. Cruising started in Greece by Greek ship owners at their own risk who wanted to connect the islands for the purpose of trade but also in order to transport passengers. The change was instigated in 1953 by Mr. Phokas who was then the General Secretary, Mr. Papachelas who was the Director of the Greek National Tourism Organisation and Epirotiki Lines. They understood that we had in our hands an archipelago which was in effect unknown to foreigners but also to Greeks and they planned a steady program of cruises for foreign tourists but also for Greeks who wanted to discover the islands. They started the cruises with the Semiramis in 1953 doing 5-day and 2-day cruises and changing the destination islands so that people could get to know Folegandros, Sikinos, Skiathos, Thasos, Naxos etc.

When the Greek National Tourism Organization began the cruises with Epirotiki no one could have foreseen the tremendous growth of the sector that ensued. However they started with a vision to show tourists what Greece was like and to reveal its beauties, its seas, its homes, and the natural Greek hospitality. The islanders were proud to show off their island to the visitors and would open their homes and gardens to visitors, offering ouzo and Greek tradition sweets such as lukums and kourabie. The visitors were amazed at the reception they received and Greece was showcased all over the world. It was the dawn of cruising. The example was followed by many companies.

The crew of the Semiramis were professionals in their respective areas of seafaring and hospitality. I still remember Captain G. Phokas, chief steward G. Fylaktos, Gerasimos Meletis, the chefs and the wonderful Greek cuisine. Epirotiki took stock of this amazing achievement and realized that the efforts needed to be taken abroad for the winter months. At the end of October the Epirotiki vessels would leave for the Carribean, at the time of year that was also kind to Christopher Colombus. Epirotiki was one of the first to start cruises in the Amazon, the Galapagos islands, Los Angeles, Mexico, Alaska and the Antarctic among others.

NAPHS: This year has proved catastrophic for the cruise industry. All cruise vessels have been inactive for months. What do you think the economic consequences will be on a national but also on an international level? How does the cruising industry contribute to national economies?

A.P.: It is difficult to answer this question because the cruise industry has taken a completely different path. This new path does not emphasize hospitality, or the economies of each country, and is against the interests of seafarers. The ones who are benefited are the interests of companies that are on the stock market, the shipbuilding companies, individual ship-owners and the crew of other countries. This development has also affected Greece but I believe that it was an unnatural development that would eventually be curtailed. The pandemic may have provided an opportunity for governments to change the situation.

NAPHS: The cruise industry is at a dangerous precipice. Which in your opinion is the correct way to move forward I order to avoid back-tracking?

A.P.: The way forward it to invest in ships that are friendly to the environment so as not to further endanger our seas. The ships should bear the flag of their country of origin and should employ crew that is of the same nationality as the flag.  When a tourist visits a place the mindset should be to encourage him/her to reinforce the national economy and not to merely spend onboard. The destination gives them the opportunity so they should benefit the destination country. It is outrageous that 5000 tourists should visit the Acropolis, for example, in four hours and that the ony revenue is the bus tickets and a small souvenir. So you may see a great number of tourists coming through but the income they bring is minimal.

NAPHS: Having served the cruising industry for decades you have observed the transformation of cruise ships from small boutique liners to mega-ships. Do you consider this transformation to be in the right direction and why?

A.P.: I believe I answered this question previously. Epirotiki in the 1990s received an offer from Carnival. When we realized the difference in our philosophies we decided that a partnership would not work. Time will tell whether this was the right decision or not.

NAPHS: As part of the Greek Ship-owners Association you must have seen many different issues troubling the industry. Have Greek governments been willing to help resolve difficulties faced by the sector?

A.P.: There have always been many ways in which the Greek flag and the Greek crews could be protected by keeping them competitive. Unfortunately, national and foreign elements recognizing the importance of the Greek islands tried to hinder any positive action planned by Greek governments. In practice, most politicians preferred to do nothing and pass the buck onto the next politician or government to take action. Your question is also pertinent considering Panos Laskarides presentation. I would like to underline that Panos Laskarides was not only an important Greek but he also helped Greece whenever he could. The problem is that the last one hundred years have seen many changes in prime ministers and ministers. Each and every one of them had good intentions but looked only at their present and not at the future which needs imagination combined with knowledge. Many important shipowners have been active in Greece the past years. I am not referring to the great shipowners of the previous generation. I remember Antonis Chandris in the cruise sector, George Livanos who had been affected by the work of Sir David Attenborough (A life on our planet), Panos Laskarides and others. They tried to showpoint the advantages for our country of benefiting from the sea. Unfortunately, many did not understand the depth of their thoughts. The vision of George Livanos (Helmepa) and his fighting spirit were not unfortunately followed. Only a few politicians such as S. Markezinis, K. Karamanlis, K. Mitsotakis and Andreas Papandreou understood what he stood for. I could say many things about this but would rather not elaborate. Our country could have benefited in many ways by retaining the Greek flag and its competitiveness.

NAPHS: What is the situation regarding home porting, what exactly has happened in Piraeus and how do you see the future taking shape?

A.P.: Home porting cannot be answered in a word. Home porting depends on many factors, financial, environmental, political. Perhaps we should deal with this in a next interview.

NAPHS: Do you believe the cruise industry was slow to react to the pandemic and how do you believe it can regain its previous standing?

A.P.: There have been warning in the past, for example with cases of salmonella, which revealed what health problems can occur when as ship’s air-conditioning units recycle the same air. In the past these problems were on a small scale and could be faced and dealt with. I believe that cruise operators but also governments around the world have not yet grasped the consequences of the pandemic. The first warnings that came in December 2019 were not heeded by the various governments around the world. In fairness however, the management teams of cruise companies could not have reacted without first knowing what they were dealing with and in particular the scale of the pandemic.

There sure thing is that if we continue producing ships with a capacity of 5000, 6000 or even 8000 passengers, future generations, great-grandchildren and great-great-grandchildren will be traveling in dead seas. Destinations will have changed so much that they will have to have maps saying this is why Mykonos looked like, this is what Skiathos looked like, just as has happened now in Tulum, Mexico.  Places that used to be paradises have now been turned into cities with sky-scrapers. I don’t think such a cruise would be popular.

NAPHS: How happy are you with the initiatives taken by International Organizations regarding the cruise industry? Did it have the same support as other shipping companies?

A.P.: International Organisations try to achieve a modus vivendi at a price for the ship-owner but they do not think of the future in more general terms. They face things on a case by case basis.

If we do not understand where we live, and what our planet is like, and what the human scale is, the good name of cruising will be wiped out. Perhaps not for today’s politicians who will point to increases of 30% and 40% but for future generations

NAPHS: Can the cruise industry withstand another lost year? Can this pandemic, this invisible enemy destroy the sector even more and lead it to greater contraction?

A.P.: It really depends on the ship-owners personally as well as the stock markets, the international markets which fund these investments.

NAPHS: How do you see the cruise sector developing in the next years and what would you advise companies and organizations to do to prepare for the future?

A.P.: Cruise ships should have a human dimension and carry up to 800-900 pax. The ships should run on ecological fuel that does not disturb the balance of the sea. Each cabin should have separate ventilation, separate air-conditioning units for the lounges, more time for shore-excursions and regulation of how many ships can dock at each port so as not to disrupt the ecosystem. Each deck should have safety exits. The future, and Greece’s future is still in our hands. We need to embrace the future with knowledge and a vision for our country. Each voice like your own is a part of this effort. 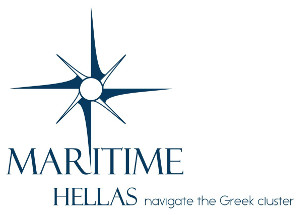